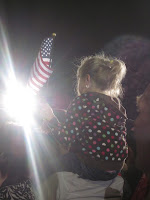 I've been scribbling away passionately over at Catholic Young Women about the election tomorrow and I invite you to check out the posts. I know this is a touchy subject for some, but please please PLEASE pray about your voting discernment this Tuesday. If you are not voting at all, voting for a third party, or if you are voting for Obama, please RE-THINK YOUR DECISION. President Obama is the most pro-abortion president we've ever had, and his attack on religious freedom as well as his support for gay 'marriage' both have potentially devastating effects on this country. We must do what we can to prevent him from having another four years in office. Yes, God is sovereign but those of us who profess and follow Christ do need to stand up for His teachings and bring our country back to following Him as well. Because it's such a close race, I do believe our votes are best cast for Romney/Ryan rather than a third party because Romney will at least point us back in the right direction and to a culture that respects life and God's laws, even though he certainly is not a perfect candidate.

Part I What is a young woman's role in the election?

Part II What are some common attitudes we see around election season?

Part III What are the key issues Christians--especially women-- should be aware of and prioritize in voting?

Women of Grace blog: “'The Catholic faith is always personal but never private,” the letter states. “If our faith is real, then it will naturally and necessarily guide our public decisions and behaviors, including our political choices.'...Brooklyn, New York Bishop Nicholas DiMarzio’s wrote a column in the diocesan newspaper in which he said there is no excuse for voting for any candidate who supports the imposition of the birth control mandate and abortions rights, saying it 'stretches the imagination, especially when there is another option.'” 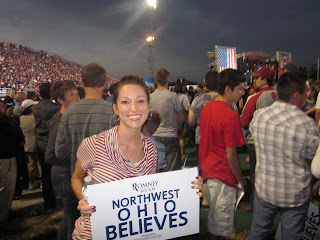 Gus Lloyd blog (author of Magnetic Christianity): "Once President Obama has gotten the Catholic Church in line, who will be next? This is an issue that should be of the gravest concern to everyone, not just Catholics. Even if you don’t agree with any of the doctrinal beliefs of the Catholic Church, you will be affected by this issue. If the government can toss aside the First Amendment rights of Catholics, then what makes you think they won’t at some point toss aside your Constitutional rights? While public funding of abortions and the marginalization of religion become the order of the day, free speech will become a thing of the past. Those who dare speak out against the almighty state will be silenced, if they are heard at all."