On the Bookshelf: Reviews! 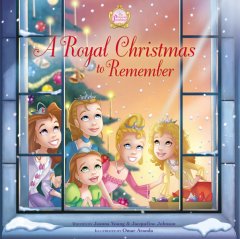 I asked my hubby if we could put up the Christmas tree last weekend. He looked at me like I was going crazy. And since he's the one who would have to bring it up from the basement, I think I'll be waiting until after Thanksgiving. Then again...I'm not above dragging it up myself (#girlpower and all...). But until then, I've contented myself with reading this adorable book (A Royal Christmas to Remember, by Jeanna Young and Jacqueline Johnson) to baby G (except she was sleeping while I held her, so I kind of read it to myself. And the inner princess in me enjoyed it immensely.) Seriously, though, this book is soooo cute! The illustrations are definitely my favorite part!! Very Disney-style-- colorful and so detailed! The story itself was sweet yet simple and would keep the attention of an older child (age 4 and up, perhaps). I liked that the back of the book even had a "lesson" and Bible verse after the story was finished. I'd love to get the rest of the books in this series and follow the adventures of Princesses Joy, Grace, Faith, Hope, and Charity. Princesses, Christmas, and a parable story all make this a 5-star book for me!

[Thank you to BookLook Bloggers for providing a copy at no cost to me. This review contains my honest and original thoughts.] 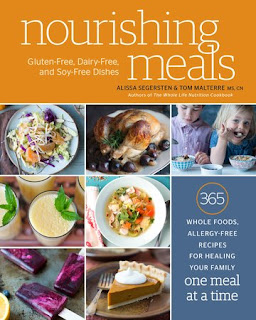 And then this book arrived just in time as we learned that I would not only need to eliminate dairy and soy from my diet but now also adding beef. Nourishing Meals, by Alissa Segersten and Tom Malterre, is such a great cookbook for me! I love that I can peruse it freely without wondering whether I'll have to substitute ingredients or tweak the recipe. The idea of a whole cookbook dedicated to allergen-free recipes is wonderful. I'm a big fan of pictures in cookbooks and unfortunately this book does not have them for each recipe but there is a large section in the center with pages of colored pictures of different recipes. There are definitely some unique ingredients in some of the recipes but overall it seemed to be much more friendly to your average fridge and pantry than some regular cookbooks! I also really appreciated the beginning chapters about processed foods, healing the gut, and the rise in food sensitivities/allergies. Great educational information. This cookbook definitely surpassed my expectations. I'd give it a 4 out of 5.

I'm in one of those anti-media moods.

Not anti-media, as in all the election-crazy news people. But anti-social media...

My hubby says I tend to be all in or all out. That I go on these media fasts and wash my hands of it...and then binge. Lol. Maybe so.

But lately I'm just questioning it all. I think it's motherhood, honestly. For a lot of reasons.

I have a lot of single friends and I remember being single. I don't want to be the blog/FB/instagram post that makes them feel alone.

I have a lot of friends that struggle with infertility. I don't want to be the baby picture post that cuts deeper into an ever-present wound. I remember that wound.

I want to be real and post the hard times. But I also want to be respectful of the other people in my life-- my husband and child-- and not share their stories that are so intertwined with mine.

And the final reason is life is so good and precious right now that I find myself less entranced by social media...and even disgusted when I find myself wasting time on it. The moments when I'm checking my phone and I look down and see my daughter watching me. These years are fleeting and it's not worth being distracted from the gifts God has placed in the here and now. My brain is fried enough from lack of sleep and baby care, I don't need to fry it more with technology. ;)

Even if that means life gets a little smaller.

Part of me is craving the small and simple. I don't need more FB friends; I need to pour more into my current friends. I don't need more decor or recipe ideas; I need to simply use what I have and my own creativity. I don't even need to document my moments with Instagram; remember those days when I actually printed out pictures and scrapbooked?

These are the thoughts mulling around in my brain these days. I have a feeling they're going to give birth to a decision in a few weeks as Advent begins. My favorite Church season. It's all about the small and the simple.

I'm pretty sure I'm going to do something drastic. Like give up all social media for the month. Maybe I'll even call it the Old-Fashioned Christmas experiment.

What do you think about social media? Am I being crazy? 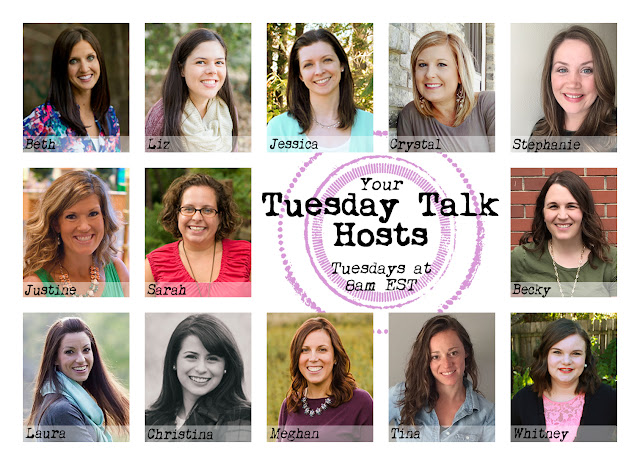 A little boy is going to be born soon and I can't wait to hold him. Many months ago, I wondered if he would live to see this side of the womb.

I sat across from his momma visit after visit as she talked about her reasons to have an abortion. Each week, my faith would falter and I wondered if this would be the visit she would cancel, telling us she had had the abortion. But each week she showed up, tearful and undecided, letting us love on her and be a safe place to process her unplanned pregnancy. I'll never forget when she tearfully told me on her third visit that she had decided she was going to "terminate." She felt there was no other option.

But through God's grace, the power of prayer, and lots of love and tangible resources, she's now awaiting the birth of her precious son. Her ultrasound with us was the first ultrasound she had ever seen. The flickering heartbeat that first connects a mother to the life within her.

Last week, I stood on the sidewalk by the abortion clinic for a peaceful prayer vigil and I talked with a fiery pro-choice protester. We discussed our thoughts on abortion, on post-abortive women, on poverty and privilege. I was grateful for the discussion because so often in this deeply emotional topic, we stick closely to our own sides and regard the other as enemy. This young woman and I parted ways in peace, not anger, and even discussed our own motherhood and wished each other well for the weekend.

Is this where we are as a society? We can look at a human life and decide if it has meaning and should or should not live? What if we disagree? What if I think it has meaning and someone else does not? This is so relative. It pains me. The child gets no part in the decision of whether or not its life is meaningful.

So much can happen in nine months, both in a woman's situation and in a woman's heart. Yet I see the pressure in a woman's mind and heart to make a hasty choice when she finds herself in an unexpected pregnancy. The pro-choice protester argued with me that if a woman can't afford to eat, you can't blame her for choosing an abortion and that we should give her that right. I think that's a sad solution to her struggle-- let's give her the right to spend hundreds of dollars for a decision that will likely wound her soul and still leave her poor in both body and spirit. Why do we think this is a solution? Shouldn't we instead be rising up to give her money, resources, love and support instead so that she can choose parenting or adoption? Shouldn't we be feeding both instead of ending one's life and continuing to allow the other to starve?

I recently sent an email out to friends, family, and church members asking for diapers or meals for my sweet client due soon with her baby. I was overwhelmed by the immediate responses of these people, offering meals, money, diapers-- even one woman offering to buy baby food for her six months from now! One friend who leads our mother's group at church wrote and said they had decided to host a baby shower for her. The Body of Christ showed up and I was humbled.

These pro-life people are the ones that the world would have you believe are only 'pro-baby' or 'pro-birth,' that they don't care about the woman but only that she chooses to give birth.

I don't think so.

These are the people who believe that every life has meaning. The woman's life. The baby's life. Even the life of the abortion doctor. From conception to natural death.

And so I keep praying. That abortion will become illegal, but even more that abortion will become unthinkable. That those who are pro-choice will see that the choice of abortion leaves one life ended and another life deeply wounded. That we will cease to see abortion as a solution to a problem, but instead to see it as a symptom of a greater problem. And that more mothers will have the strength within and the help of the community around them to choose life for their children. And that every single one of us will regard every life-- from the smallest to the greatest and including our own-- as having meaning simply because we are created by a loving Father.
Posted by Laura @ Life Is Beautiful at 11/13/2016 04:25:00 PM 5 comments: