When Calls the Heart DVD series and Promotions

I'm a sucker for any book or TV series set on a prairie. Ever since I was little, I was fascinated with pioneers and the prairie, covered wagons and Western towns. I was thrilled to share a name with the author and character of Little House on the Prairie.

So when I discovered Janette Oke's books as a teen, I quickly fell in love with them as well. My favorite of her series was the Canadian West series, beginning with the book When Calls the Heart, about an sophisticated teacher who moves out west to teach (always a favorite plot for me!). I was so excited when Hallmark decided to make the books into first a movie, and then a television series!

I popped in the DVD one night for a fun 'date for one' girls night on my own, but my hubby was soon at my side getting engrossed in the tale. It was so cute to see him getting wrapped up in the story and enjoying the movie with me! He might disagree but I say you can't go wrong with a Hallmark movie. ;)

I've mentioned Fish Flix before as a great place to buy quality Christian movies and wanted to share a few promotions they are offering related to the When Calls the Heart series.

There are currently three seasons of When Calls the Heart and season 3 just finished up this past spring. You can now preorder When Calls the Heart Season 3 DVD set, which includes not only the full season 3 of the TV series, but also the film/movie versions of them if you prefer to see them as a full-length movies instead of episodes (with a few fun differences in each). And like a good collectors edition, this set includes extras like behind-the-scenes, interviews, and even a fan trivia game to play. All in all, a pretty good deal for 10 DVDs for $29.99! However, if you order before October 11, they will also send you a free 3 DVD set of Season 1, which is a sweet little bonus!

If you've seen Season 3 already and want to share a review at Fish Flix, you can be entered into a giveaway for a $100 gift card. Just make sure to send them an email at promo@fishflix.com to let them know the name you entered under on the page. The drawing will take place September 1st.

I hope you enjoyed hearing about this series and the promotions going on! What are your favorite time periods for movies? Are you a prairie fan like me?

[This post contains affiliate links. Any products for review have been provided free of charge from the company. Any opinions from the writer in this review are honest and original.]
Posted by Laura @ Life Is Beautiful at 7/28/2016 12:21:00 PM 2 comments:

We're a little over a week from our due date!! It's crazy that baby could be here any day now-- or could wait to show up for a few weeks yet! I'm feeling pretty decent, other than end of pregnancy nausea and fatigue. My hubby and I talk often about how we know life is going to completely change anytime now, yet there's no way to quite prepare for it.

Of course, there are some practical ways to prepare for it. ;) I made this giant to-do list below a few months ago and it's helped me focus on some tangible things that needed (or I wanted) to get done before baby arrives. I'm pretty sure the list won't be completed by next week, but thankfully some of the things on the list aren't necessary. (I mean, I'd love to have my carpets shampooed, but realistically baby won't start crawling on them from day 1!).

I'm in a good place of realizing that everything does not have to be perfect in our home to welcome our precious little one. Instead, I am trying to spend this last week preparing spiritually and mentally for labor and delivery, as well as being ready to give myself fully to this new vocation. I know God's grace will meet me, and His Mother Mary gives such a great example of beautiful, sacrificial motherhood.

If you're a momma (or even if not!), feel free to give me some comment love on your own recommendations for what I should prepare for-- whether it be practical, mental, emotional, or spiritual!

Kitchen
Drawer for baby bibs/cups/bottles/etc
Clean out freezer/fridge
Restock freezer (have done a little of this)
Clean out/organize pantry (and restock?)
Make nontoxic cleaners (all purpose)
Freezer meals/meats/muffins/mixes (have done just a few...)

Basement
Store boxes (packed or unpacked) along wall...decrease storage area to 1/4 of basement
Clear top of spare bed and put older comforter on it 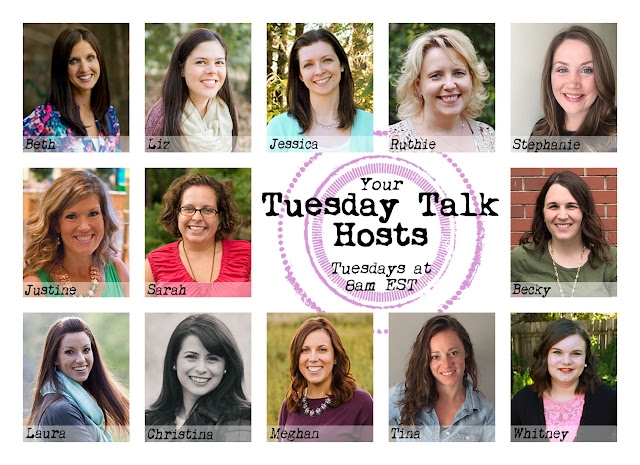 Even with all the joys of outdoor activities and events in the summertime, there's nothing like settling in to a movie night with some popcorn or ice cream on a summer evening-- even better if you can watch it outside on a laptop or at a local drive in theatre.

P. and I recently enjoyed a pizza and movie night with a DVD sent to us by Fish Flix. This sweet company hails from Mora, Minnesota and not only sells a huge variety of Christian DVDs but also uses some of their profits to support Christian ministry and evangelization in the country of Turkey. I absolutely loved their statements on their website about media and entertainment being gifts from God that we as Christians need to use for His glory, instead of allowing the secular entertainment business to do the opposite. It's so important for us to spread His light into every area of the world, and I agree that media-- specifically movies-- are a great way to do this!

Before I share about the movie we watched, I want to share with you a fun offer from Fish Flix just for you! If you join their email list, you can receive a $5 coupon to use on the website!! (Or if you're a text person, you can text 5-GIFT to 44222. Pretty fun, huh?

So the movie. As much as I loved the company and their website, we were not hugely impressed with this particular film unfortunately. Eternal Salvation told the story of Jonathan Wright, a business man with a beautiful wife and daughter, a huge home, and a recent promotion at his job. However, after a medical emergency that puts him in a coma and then subsequently forces him to begin his life again with extensive rehab, his job becomes in jeopardy. He is forced to look at the way he's been living for worldly success and a friend begins to share Christ and His way with Jonathan. Despite everything outside beginning to crumble, everything inside is finally falling into place for him.

Sounds like a great storyline, right? And we liked the beginning a lot. But somehow, it just didn't keep our attention or approval as time went on. As I reflected on the movie afterwards, I realized there were three main things I didn't care for in the movie. First, it was somewhat corny. I feel like Christian movies have hugely increased in quality over the last ten to fifteen years and as more and more are being produced. But this one the acting and characters were just a little too predictable or simple in their character development. Secondly, I did not agree with the theology in several parts of the movie. A specific instance was baptism. I loved that they emphasized the importance of baptism in the movie, but they stated it was a public expression of what happened personally when you got saved. However, we know and believe from both the Church and the Bible that it is a both/and situation-- Christ saves us through Baptism (1 Peter 3:20-21, John 3:3-5, Acts 16:31-33). Thirdly, the end of the movie felt like the false "prosperity gospel" movement. Everything turned out even better for Jonathan now that he was following Christ. The "bad guy" had died in a car accident, Jonathan got a better job, he still had his huge mansion. Not that God doesn't want to bless us in this life and the next, but sometimes He asks us to give up our earthly comforts for His kingdom, or to take up our cross when we follow Him. Again, it's a subtle thing but I think the tidy way the movie ended felt a little fake and overshadowed the greater message of true joy and peace in Christ--prosperity or not.

I hate giving a less than stellar review on any item for my blog, but these are my honest and original thoughts on this one. I so appreciate the opportunity from Fish Flix and our complimentary copy of the DVD, and I think their company is doing great things. This particular movie just wasn't my cup of tea. :)
Posted by Laura @ Life Is Beautiful at 7/07/2016 08:00:00 AM No comments:

I hope you all had a wonderful holiday weekend with family and friends!! Our weekend was quieter than usual for the holiday as we normally travel to either family for a get together and fireworks, but different circumstances found us home sweet home in our little town for most of the weekend. We both missed being with our families, but we enjoyed exploring the local activities. We had (per my husband) the "best bbq ever" at the local fireworks festival, invited friends over for a cookout, visited my sister and her adorable family who were 'camping' in their backyard for the weekend, and enjoyed another cookout with a sweet friend and her family. Now that I look back, I guess it wasn't that quiet of a weekend!!

We have three new hosts for Tuesday Talk beginning today! Welcome to Justine, Liz, and Meghan!